A tribute to Alagappa Chettiar, the business tycoon, philanthropist and aviator who received the Padma Bhushan in 1957

Actor Suriya’s role as Maara in Soorarai Pottru is said to be based on the journey of retired Army Captain G R Gopinath who established the low cost Deccan Airways in the late 1990s. Though Gopinath is from Karnataka, the film has Maara belonging to Usilampatti, about 40 kms west of Madurai. But not many perhaps are aware that decades ago from a non-descript village called Kottaiyur, about 100 kms North of Madurai, was born a man with similar dreams.

Dr.KV AL RM Alagappa Chettiar (AC), with a fascination for flying obtained his pilot training and certificate in 1933 from Croydon, London, and launched Jupiter Airways in early 1947 with a fleet of eight aircraft. 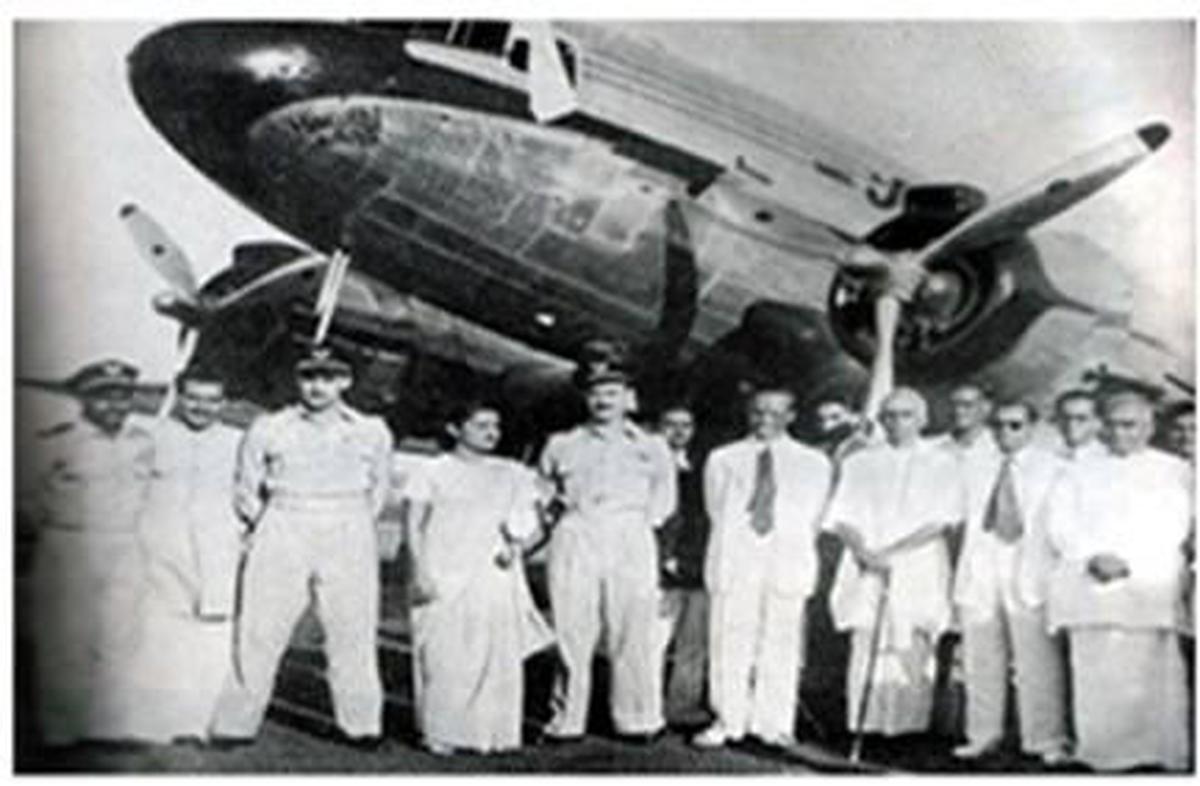 He was considered a pioneer in India’s aviation history because when the Second World War ended in 1945 and the government announced the sale of surplus Dakotas and the Douglas DCs, AC was among the first buyers of the workhorses because he envisioned the rising popularity of air transport.

California-based Ramanathan Vairavan shares many interesting nuggets of information about his grandfather’s multiple businesses in his book A Beautiful Mind. He chronicles the determination and achievements of the philanthropist industrialist despite several challenges and the ill-health that snuffed out his life at 48. In his book Vairavan writes, the aircraft were overhauled and refurbished at the Hindustan Aircraft Factory, Bangalore, to make them suitable for passengers’ safety and comfort.

Like Gopinath’s, it was AC’s desire to offer passenger services at a low cost. Before independence there were eight companies operating on 22 routes while 15 more — including Jupiter Airways — were waiting for the nod to fly civilians. But the time coincided with the tragedy of Partition and AC was the first to offer his aircrafts to the government on charter for evacuating families from Pakistan. The evacuation sorties ended in November 1947 and it was soon followed by the invasion of Kashmir valley.

The Indian Army was in need of aircraft to fly its troops and armour and once again AC was in the forefront ferrying the men in uniform, materials and resources and the refugees. 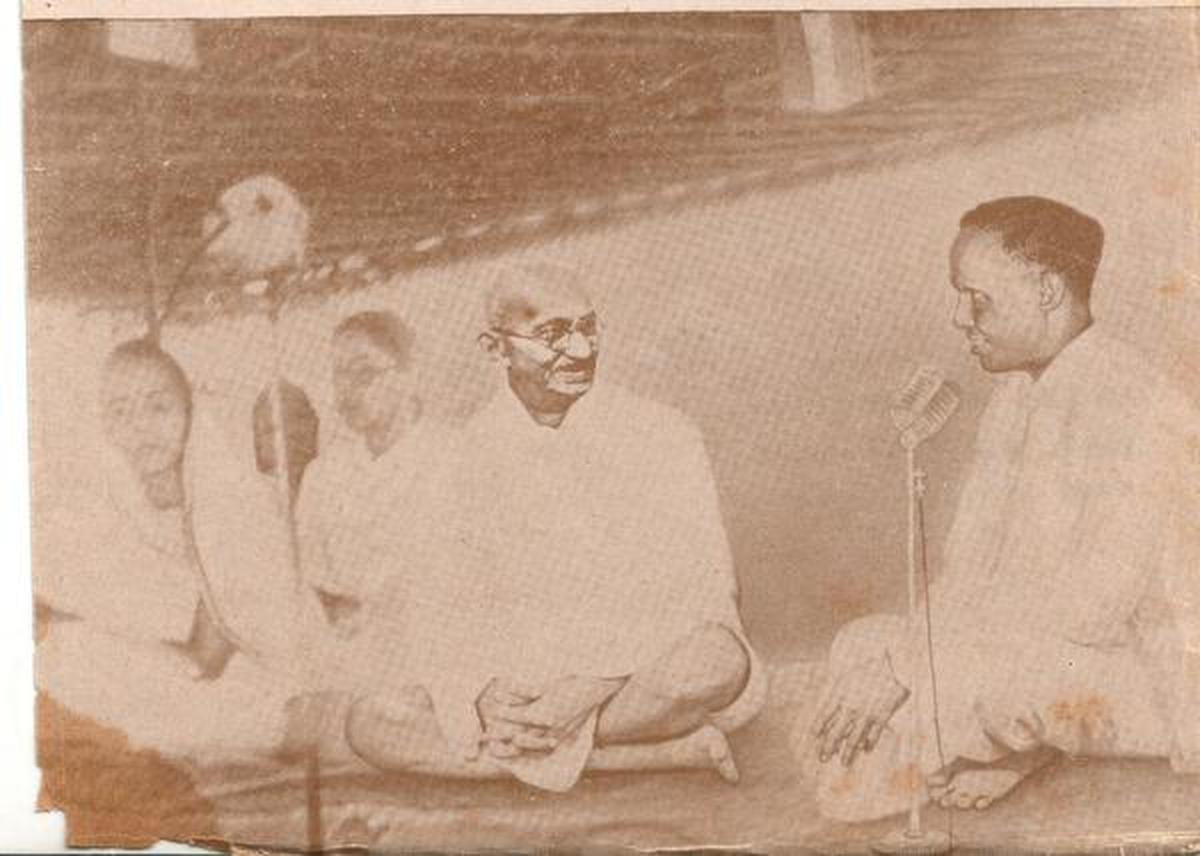 During the mission one of the planes crashed. The insurance company refused to pay up because it was insured only for civilian duties. But far from being dejected by the loss incurred, AC immediately arranged for an alternative flight to complete the mission.

After several months when Jupiter Airways got its licence to fly on passenger routes, the first flight rolled out on June 17, 1948, from Meenambakkam, Madras, making it among the first few cities in the country to get an airport and the airlines became the first to have a hub in the city. The flying time to Delhi via Vizagapatnam and Nagpur was apparently eight hours and the pilots were paid Rs.40 for every hour for flying. Due to the inability to get clearance for new routes and damages to two aircraft, AC sold his airlines in 1953 when Indian Airlines was nationalised.

Over a telephone interview, Vairavan says his grandfather’s life story is worthy of a movie and Soorarai Pottru motivated him to approach few Kollywood producers in hope. “AC’s short-lived but legendary life will make an inspiring film,” he says.

Vairavan, who was eight when his grandfather passed away in 1957, says, based on his mother Umayal Ramanathan’s valuable insights and inputs it took him seven years of travel and archival research before the book could be compiled and published in 2015. “His peers were all gone and I felt a strong desire to document AC’s life to understand and appreciate a man well ahead of his times,” he adds. While AC’s rise in every sector was phenomenal, he did not hesitate to sell off his well established businesses in textiles, hotels, chemical, pharmaceuticals, rubber , tin, entertainment, transport, stock exchange, real estate and the private airline — in order to realise his dream of promoting education in his birth place, Karaikudi. The Alagappa group of educational institutions (consisting of schools, engineering and technology colleges besides a host of other professional and vocational colleges) in Karaikudi and Chennai take academic facilities to the doorstep of people.

He surpassed every milestone that he desired to achieve, says Vairavan, who keenly continues in the legacy of his grandfather and has announced the launch of Alagappa College of Nursing this summer and plans to establish a medical college in Karaikudi soon.

You have reached your limit for free articles this month.

Find mobile-friendly version of articles from the day’s newspaper in one easy-to-read list.

Enjoy reading as many articles as you wish without any limitations.

A select list of articles that match your interests and tastes.

Move smoothly between articles as our pages load instantly.

A one-stop-shop for seeing the latest updates, and managing your preferences.

We brief you on the latest and most important developments, three times a day.

*Our Digital Subscription plans do not currently include the e-paper, crossword and print.

GOT
GuruOnTime (GOT) is one of the buzziest websites of India that provide you latest news around the World & country. We are continuously working to provide you with the latest information as per the trend and latest happening across the globe.
https://guruontime.com/

The Kingdom Tower, World’s Tallest Skyscraper Will Look Like and it’s Unbelievable

‘I am better than Tom Cruise’: Kangana Ranaut’s fresh tweet after comparing herself with Meryl Streep, Gal Gadot